We just finished a 2 year chronological study of the Ancient Times (we use the Story of the World for History).  So rather than just jumping to the Middle Ages, a review of all the things we learned seemed in order.  After we finished up our wall timeline, we decided to so a salt map of the Roman Empire just before it fell.  We discussed why it fell (morals and evil had taken over and down it went!)... and then we made our map.

You can do salt maps for just about any region - here are the steps! 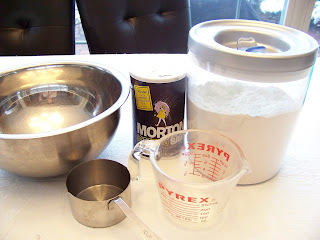 You will need: salt (a lot of it), flour and water.  You will need a map of the area you want to use, enlarged to 11x17 (or close to that.)  You will  need a piece of cardboard.  The inside of a clean pizza box will work well.  We had a lot of boxes from our move, so we just cut a size that worked for us.  You will also need a marker and some tempura paints. 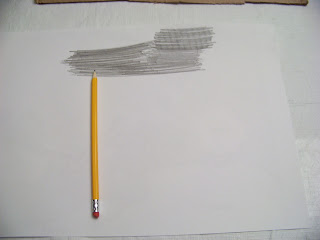 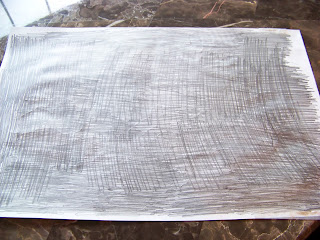 Step 1:  Turn the map over and use a pencil to color the back side of the map. 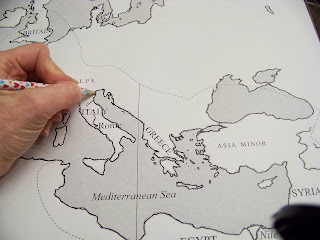 Step 2:  Put the map on the cardboard piece and trace the map lines, pressing firmly. 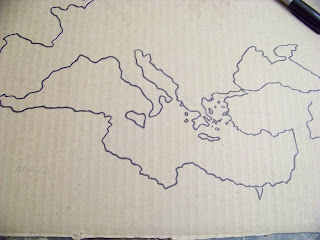 Step 3: You will be able to see a light line, which can then be drawn over with a marker to make it easier to see. 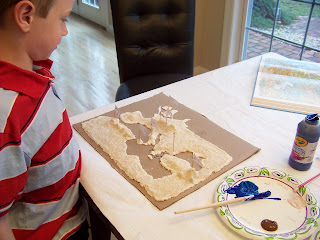 Step 4: Mix up 1-2 cups of flour and 1-2 cups of sugar (equal amounts) and then add water until you get a playdoh kind of consistency.
Step 5: Begin pressing the dough onto the cardboard within the lines drawn.  Use flour on your fingers if it starts to stick to the figers more than the cardboard!
The lines will be a little rough, which makes it look more like a shoreline.

Step 6: Allow your map to dry for several hours or sit it in the sun or even the oven to make it quicker.  (Watch the oven carefully... you are baking cardboard afterall!) 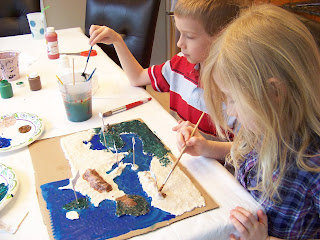 Step 7:  Now get out your Atlas and the kids look closely at the geographic layout of the land.  I had the kids make a chart for 500 ft, 2000 ft, 5,000 ft and so on.  They made colors for each catagory and then referred to their Atlas to make it as realistic as possible.
We also made some "flags" marking some key areas (of their choosing) during that time in history - and today!
And that's all there is to it!  Now we all remember where the Roman's lived in those times - even I now remember.  :-)

Email ThisBlogThis!Share to TwitterShare to FacebookShare to Pinterest
Labels: History and Geography

This blog is dedicated to Montessori education and Godly home education.... may we never let "school" interrupt our learning!

Maria Montessori was a Woman of Faith

“We must take into consideration that from birth the child has a power in him. We must not just see the child, but God in him. We must respect the laws of creation in him.” Maria Montessori, 1935 (1989a, p. 98)